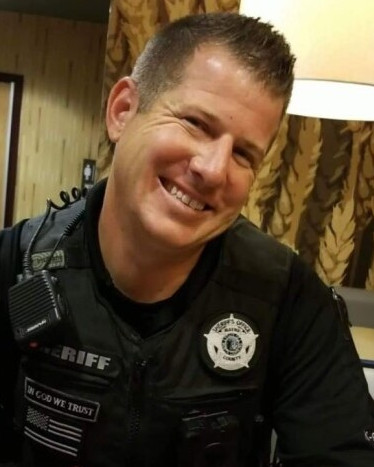 MATTHEW FISHMAN
Sergeant Matthew Fishman was shot and killed while serving involuntary commitment papers on the 2500 block of Arrington Bridge Road in Dudley.

The subject fired at Sergeant Fishman and two other deputies as they arrived at the home at about 10:30 am. The man barricaded himself inside the house until a SWAT team entered at 8:00 pm and found him dead from a self-inflicted gunshot wound.

Sergeant Fishman had served with the Wayne County Sheriff’s Office for 12 years and had previously served with the Mount Olive Police Department. He is survived by his wife, two children, and father.