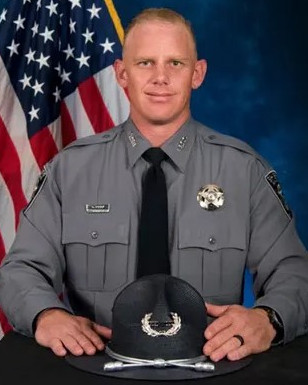 ANDREW PEERY
Deputy Sheriff Andrew Peery was shot and killed while responding to a shots-fired call at 5:30 pm at Ponderosa Drive and Grand Boulevard in Widefield.

A Fountain Police Department officer, Deputy Peery, and another deputy responded to a shooting call. When they arrived in the area, they were immediately met with gunfire. Deputy Peery was transported to UCHealth Memorial Hospital where he succumbed to his wounds at 8:07 pm.

A woman was found dead in the home’s front yard, presumed to have been shot by the subject. The subject committed suicide inside the home.

Deputy Peery was a United States Army veteran who had served with the El Paso County Sheriff’s Office for six years and was a SWAT Team member. He is survived by his wife and two children.