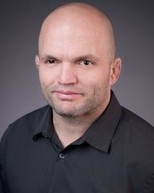 NED BYRD
Deputy Sheriff Ned Byrd was shot and killed while on patrol shortly after 11:00 pm.

Deputy Byrd was shot multiple times after he exited his vehicle at the intersection of Battle Bridge Road and Auburn-Knightdale Road while investigating suspicious activity. He was in the area after the agency had received several calls regarding the activity, however, he had not marked out on an event when he was shot.

The subject is still at large.

Deputy Bryd was a U.S. Air Force veteran and had served with the Wake County Sheriff’s Office for 13 years.