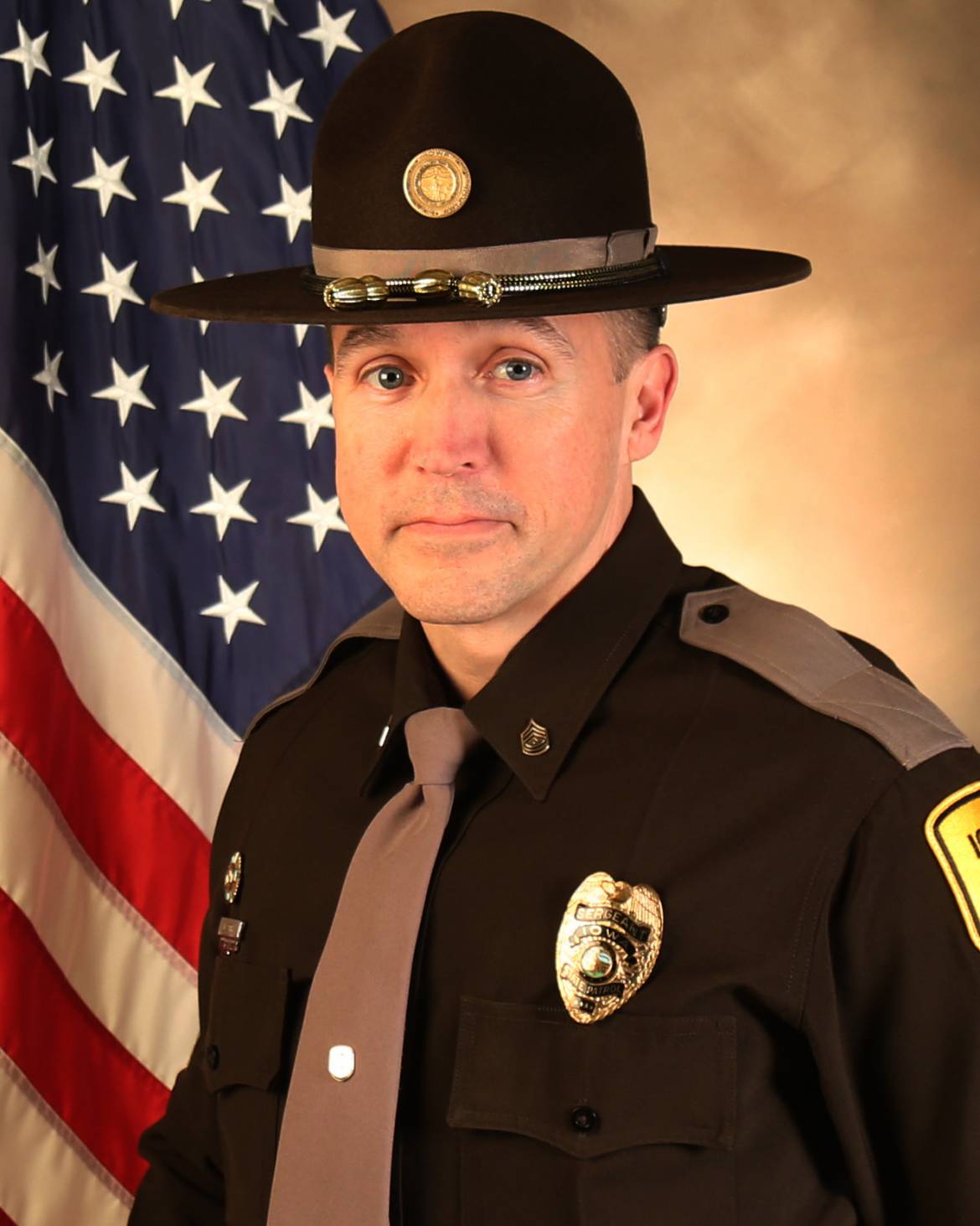 JAMES K. SMITH
Sergeant Jim Smith was shot and killed while attempting to arrest a subject who had assaulted and disarmed another law enforcement officer during a traffic stop near Grundy Center.

The subject initially fled as officers attempted to stop him but stopped and confronted them and antagonized them to shoot him. The man then assaulted one of the officers and disarmed him after placing the officer in a chokehold. He was able to get back into his car and fled to his home at 305 G Avenue.

Responding officers established a perimeter around the home and established an arrest team. When the arrest team entered the home, the man opened fire with a shotgun, striking Sergeant Smith. Other members of the team were able to remove Sergeant Smith from the home. He was transported to a local hospital where he was pronounced dead.

The subject shot at an Iowa State Patrol tactical team at about 11:50 pm. The man was wounded by return fire, taken into custody, and charged with murder.

Sergeant Smith had served with the Iowa State Patrol for 27 years. He is survived by his wife, two children, mother, brother, and sister.