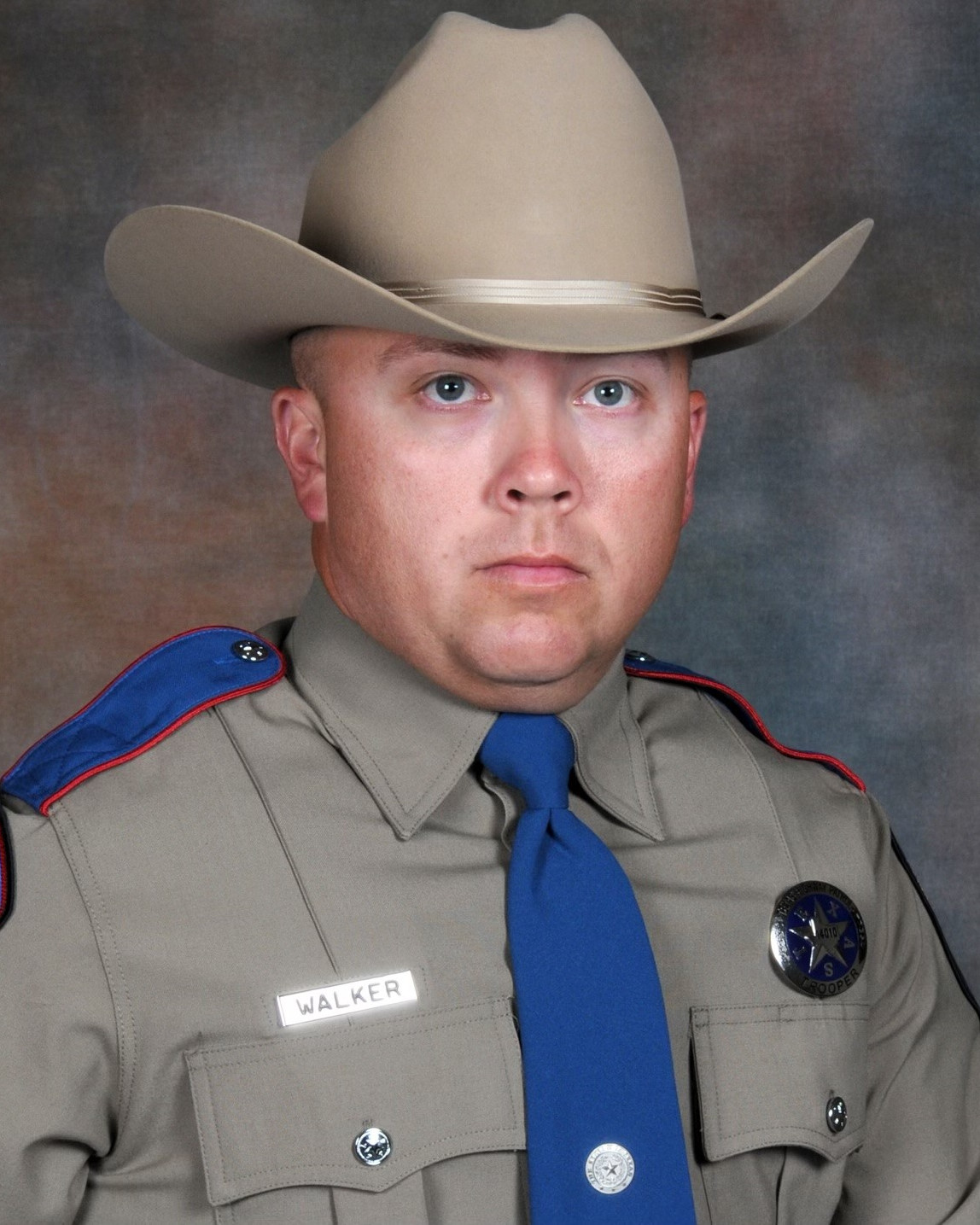 CHAD WALKER
Trooper Chad Walker succumbed to gunshot wounds sustained five days earlier when he was ambushed while stopping to assist what he believed was a disabled vehicle near Mexia, Texas.

He was travelling on FM 2838, near U.S. Highway 84, when he observed the vehicle parked on the shoulder at about 7:45 pm. As he pulled behind the vehicle, the driver exited and opened fire with a handgun, shooting through the windshield of the patrol car before it had come to a full stop. Trooper Walker was struck in the head and abdomen.

The driver fled into a wooded area and remained at large until committing suicide the following day.

Trooper Walker was transported to a local hospital where it was determined he could not survive his wounds. He was kept on life support until March 31st, 2021, when his organs were donated.

Trooper Walker had served with the Texas Highway Patrol for six years and had 18 years of law enforcement experience. He had previously served with the Groesbeck Police Department, Athens Police Department, Henderson County Sheriff’s Office, and Limestone County Sheriff’s Office. He is survived by his wife, 15-year-old son, twin 7-year-old daughters, and a two-month-old daughter.