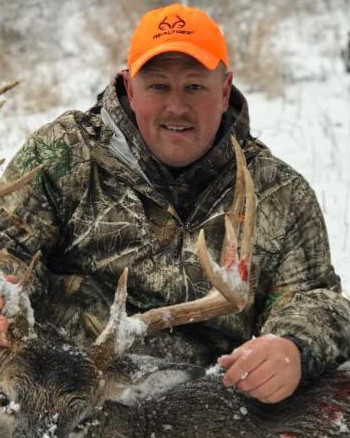 CHRIS WARD
Sergeant Chris Ward and Deputy Sheriff Logan Fox were shot and killed while conducting a welfare check at a home on Hardaman Circle.

A coworker of the homeowner had requested a welfare check after the man did not report for work and was not answering his phone. Responding officers discovered all the vehicles belonging to the owner in the driveway. As Sergeant Ward and Deputy Fox entered the home to check on the occupants someone inside opened fire, striking both deputies.

Backup officers were able to extract Sergeant Ward from the home but were unable to reach Deputy Fox. Sergeant Ward was flown to a hospital in Johnson City, Tennessee, where he succumbed to his injuries.

The subject barricaded himself inside of the house and continued to shoot at law enforcement officers who were on the perimeter throughout the day. He committed suicide several hours into the barricade. Deputy Fox was retrieved from the residence and pronounced dead.

Sergeant Ward was survived by his wife and two daughters, ages 19 and 5.