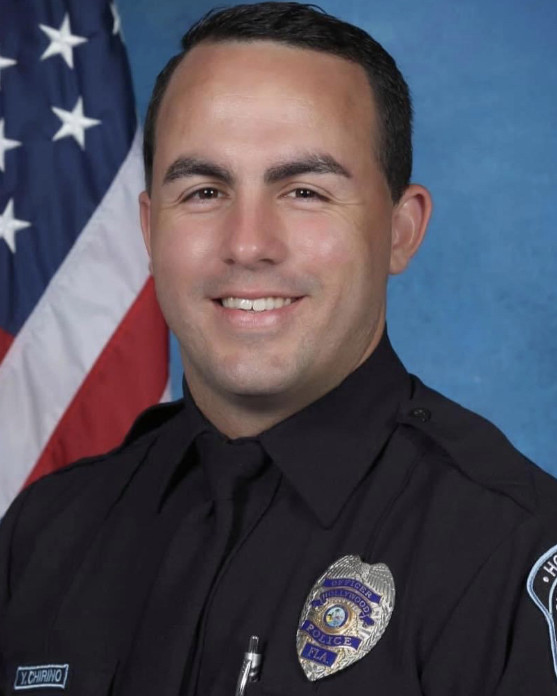 Police Officer Yandy Chirino was shot and killed after responding to reports of a suspicious person pulling on door handles in the 4000 block of North Hills Drive at about 10:30 pm.

The man began struggling with officers when they attempted to detain him. He drew a concealed handgun and shot Officer Chirino during the struggle. Other officers were able to take him into custody and then rendered aid to Officer Chirino. He was transported to Memorial Regional Hospital in a police car but succumbed to his wounds a short time later.

The subject was charged with burglary, assault of a law enforcement officer, carrying a concealed firearm, grand larceny of a firearm, resisting arrest with violence, and first-degree murder.

Officer Chirino had served with the Hollywood Police Department for four years. He had been the recipient of five supervisor’s commendations and had been recognized as Officer of the Month in June 2020.