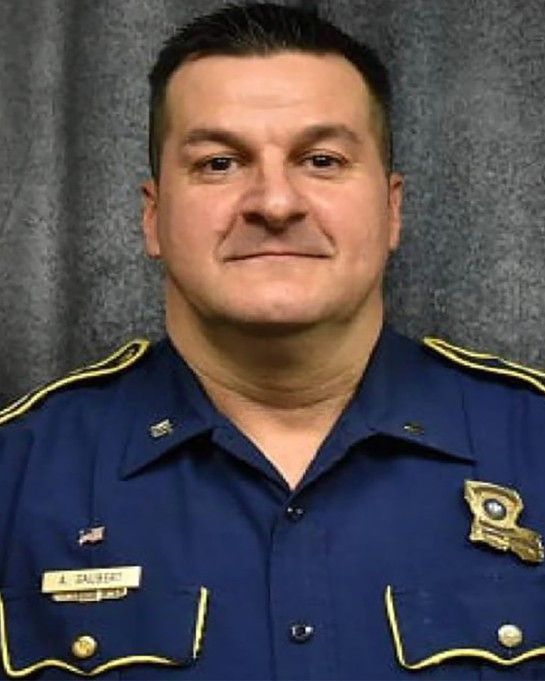 Master Trooper Adam Gaubert was shot and killed from ambush in Prairieville.

The suspect had shot and wounded two of his neighbors in French Settlement before stealing a pickup truck shortly after midnight. The man then drove to his half-sister’s home on Dutton Road in Prairieville where he murdered her and wounded her husband. A short time the man opened fire on a Louisiana State Police trooper who attempted to pull over the truck. The man fled and remained at large throughout the day while a massive manhunt was undertaken.

At some point during the incident, Trooper Gaubert was shot and killed from ambush as he sat in his patrol car near the intersection of Airline Highway and Old Jefferson Highway.

The subject was arrested later in the evening.

Trooper Gaubert was a United States Army and Louisiana National Guard veteran. He had served with the Louisiana State Police for 19 years. He is survived by his parents, two sisters, and two children.