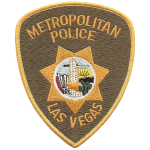 TRUONG THAI
Police Officer Truong Thai was shot and killed while responding to a domestic disturbance call in the 800 block of East Flamingo Road at about 1:00 am.

The subject opened fire from inside his vehicle as Officer Thai and his partner attempted to make contact with him at the intersection of East Flamingo Road and South University Center Drive. Officer Thai and a civilian were both struck by the subject’s shots. Officer Thai succumbed to his wounds while being transported to a local hospital.

The man fled the scene but was apprehended by a police canine approximately three miles away after refusing to exit his vehicle.

Officer Thai had served with the Las Vegas Metropolitan Police Department for 23 years and was assigned to the South Central Area Command. He is survived by his daughter.