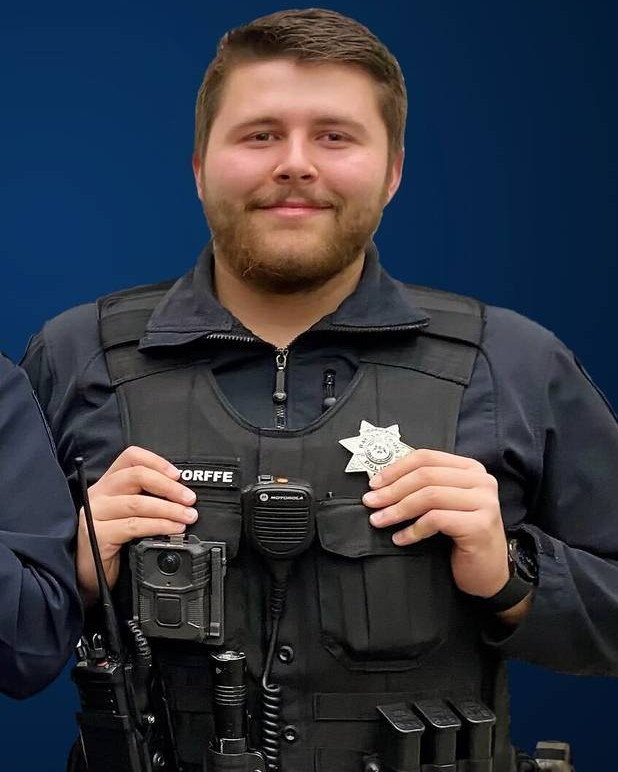 BRANDEN PAUL ESTORFFE
Police Officer Branden Estorffe and Sergeant Steven Robin were shot and killed at about 4:30 am while conducting a welfare check on a woman and child sitting in a vehicle parked at the Motel 6 at 1003 U.S. 90.

They had been speaking to the woman for approximately 30 minutes before making a request for child protective services. Moments later, the woman opened fire, fatally wounding Officer Estorffe and Sergeant Robin. Despite being wounded, Officer Estorffe was able to return fire and killed the subject.

Officer Estorffe had served with the Bay St. Louis Police Department for two years. He is survived by his mother, father, four sisters, brother, and grandparents. His father is also a law enforcement officer.