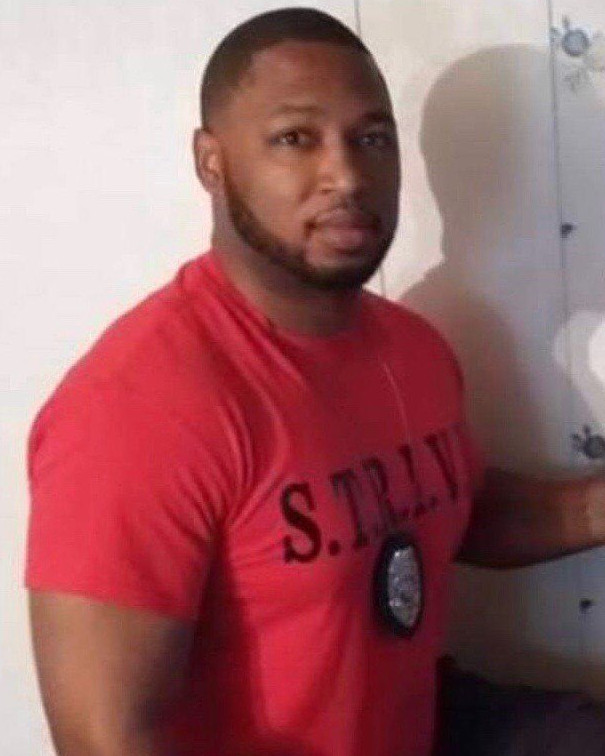 Police Officer Travis Wallace was shot and killed in the 1200 block of Highway 49 while attempting to arrest a subject wanted for a shooting that occurred the previous week.

Officer Wallace and another officer saw the subject in a vehicle and conducted a traffic stop as it exited a motel parking lot. The suspect immediately exited the vehicle, advanced on Officer Wallace’s vehicle, and opened fire. Despite being wounded, Officer Wallace returned fire at the suspect.

The man got back into the vehicle and fled the area with another person. Officer Wallace was transported to a local hospital where he succumbed to his wounds.

Both subjects were arrested in Mississippi the following day. The man who shot Officer Wallace was charged with capital murder and the second subject was charged with hindering apprehension.

Officer Wallace is survived by his son.