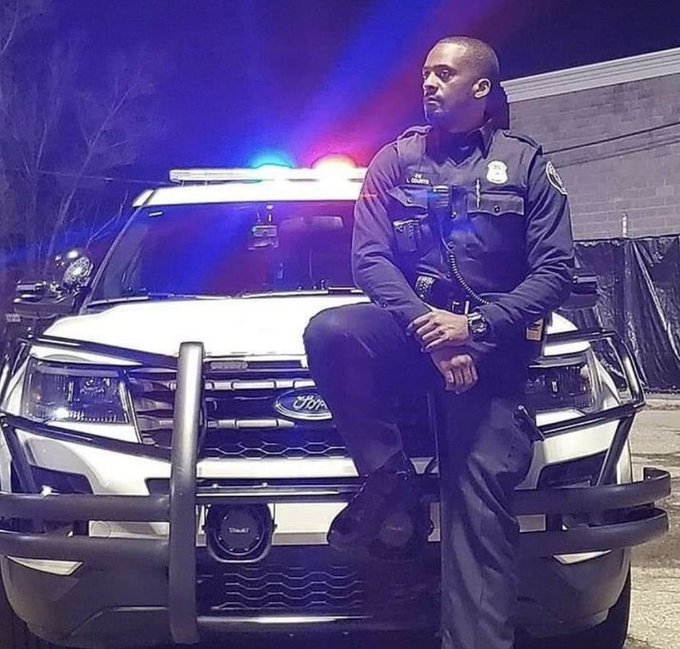 LOREN MICHAEL COURTS
Police Officer Loren Courts was shot and killed while responding to a shooting call near the intersection of Joy Road and Marlowe Street at about 7:30 pm.

When Officer Courts and his partner arrived on the scene, the subject immediately began shooting at them, striking Officer Courts while he was still in his patrol car. After being shot, Officer Courts put the car in reverse, and he and his partner jumped out of the car to take cover. His partner tried to save him by applying pressure to his wound, with her back toward the approaching gunman. The subject had come downstairs from the building, pointing the gun at the two officers. Other officers who had arrived on the scene shot and killed the suspect.

Officer Courts was transported to Sinai Grace Hospital, where he succumbed to his wounds a short time later.

The man who sold the gun to the suspect has been charged with illegally purchasing a firearm. The shooter had a criminal record and could not buy a weapon legally.