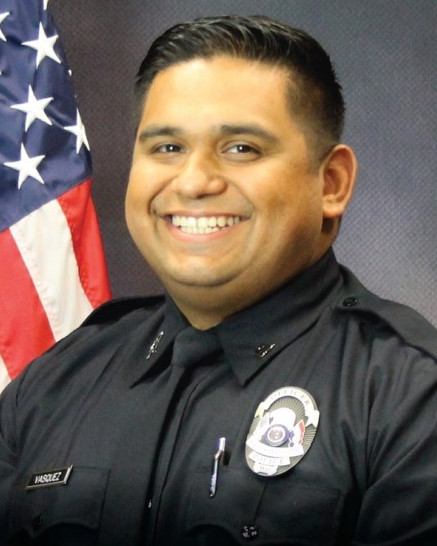 Police Officer Daniel Vasquez was shot and killed while making a traffic stop near the intersection of 21st Street and Clay Street at about 10:40 am.

The driver of the vehicle shot Officer Vasquez before fleeing. A backup officer who arrived at the scene began CPR before Officer Vasquez was transported to a nearby hospital. He succumbed to his wounds a short time later.

The subject who shot him turned himself in at the Kansas City Police Department approximately three hours later.