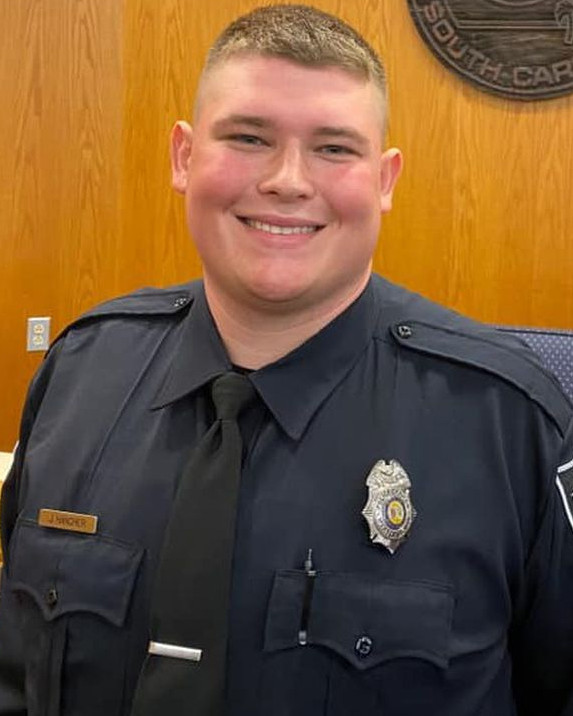 Police Officer Jacob Hancher was shot and killed as he and other officers responded to a domestic incident at an apartment in the 400 block of 14th Avenue South at about 10:00 pm.

A man opened fire on the officers, killing Officer Hancher and wounding a second officer. The subject was found deceased a short time later.

Officer Hancher had served with the Myrtle Beach Police Department for eight months. He also served as a volunteer firefighter for many years, first in Waldorf, Maryland while in high school and then in Horry County, South Carolina where he remained active until his death.

He is survived by his mother, father, stepmother, brother, three sisters, and grandparents.