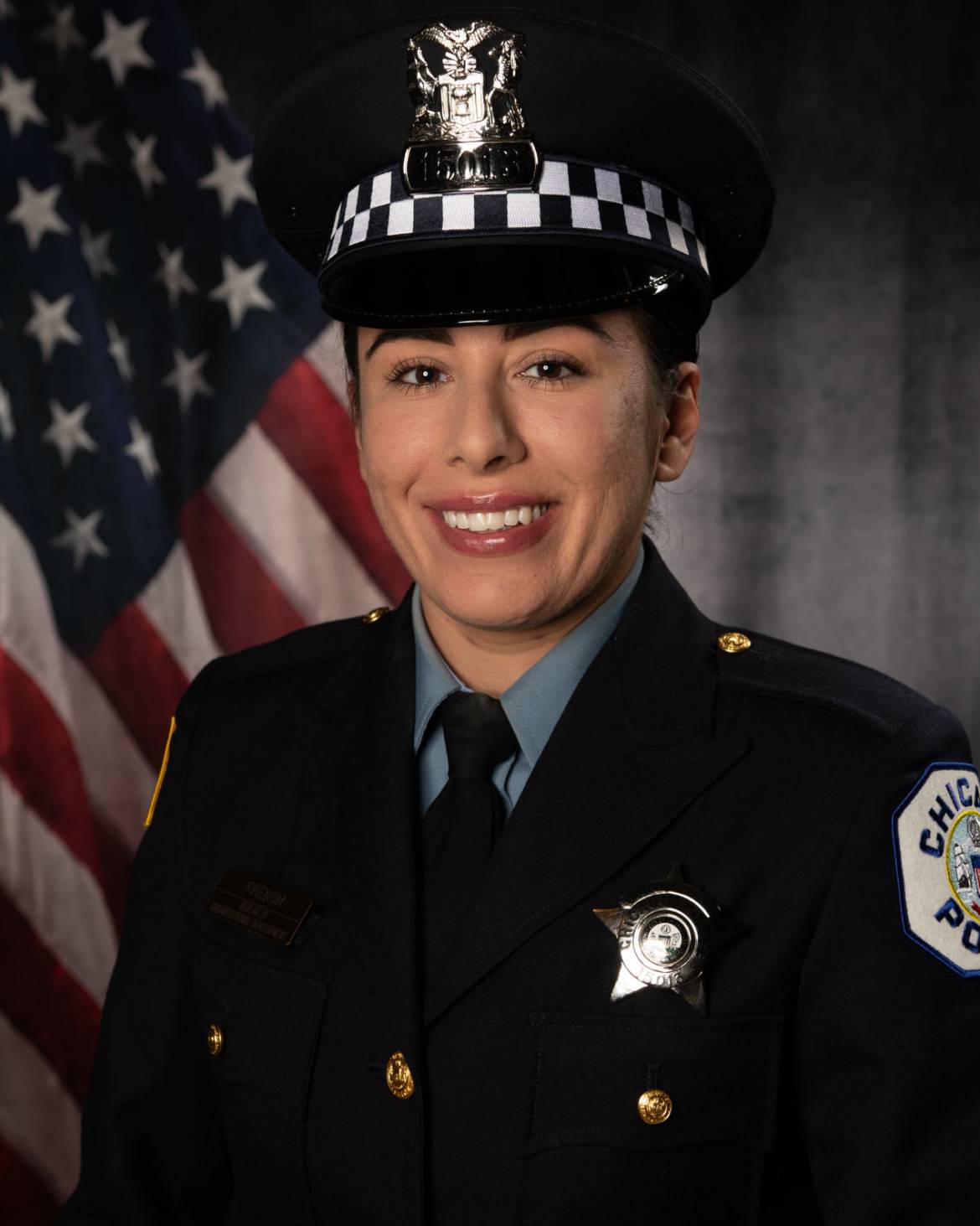 Police Officer Ella French was shot and killed while she and her partner conducted a traffic stop of a vehicle containing three subjects near the intersection of West 63rd Street and South Bell Avenue.

During the traffic stop, one of the subjects opened fire, striking Officer French and her partner. Despite their wounds, the officers were able to return fire and wounded one of the subjects. Both officers were taken to the University of Chicago Medical Center where Officer French was pronounced dead. Her partner was admitted in critical condition.

All three subjects in the vehicle fled the scene. Two of the subjects were arrested shortly after the incident, and a third subject was taken into custody the following day.

Officer French had served with the Chicago Police Department for almost 3-1/2 years and was assigned to the Community Safety Team. She is survived by her mother and brother.