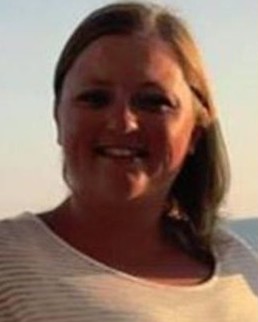 KRISTEN NICOLE HEARNE
Detective Kristen Hearne was shot and killed as she and another officer responded to reports of a stolen vehicle at the intersection of Highway 100 and Santa Claus Road.

As the officers arrived at the location they were ambushed by a male subject. Detective Hearne, who was not wearing a vest, was fatally wounded. The second officer was struck in the vest and was wounded.

A female subject was taken into custody at the scene. The male subject fled the scene but was arrested a short time later after a massive manhunt and charged with murder.

Detective Hearne served in law enforcement for 10 years. Her tenure included the Floyd County Sheriff’s Department and later the Polk County Police Department for five years. She is survived by her husband and 3-year-old son, her parents, brothers, stepmother, and grandparents.