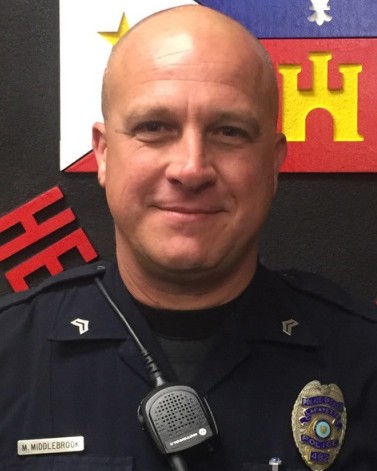 MICHAEL PAUL MIDDLEBROOK
Corporal Michael Middlebrook was shot and killed while responding to a shooting at a convenience store, near the intersection of Moss Street and Van Buren Street, at approximately 10:00 pm.

Corporal Middlebrook had served with the Lafayette Police Department for nine years and served with the U.S. Army as a military policeman. He was studying to become a pastor. He is survived by his wife, 3-year-old daughter, and two young stepdaughters.