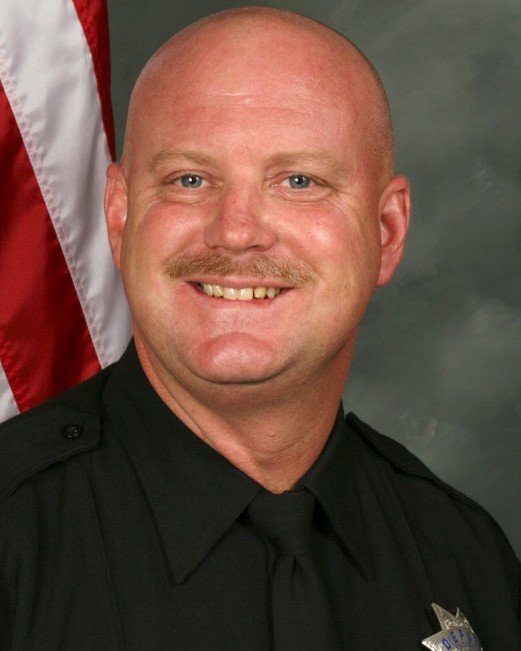 ROBERT ALLAN FRENCH
Deputy Sheriff Bob French was shot and killed outside of the Ramada Inn in the 2600 block of Auburn Boulevard while conducting an auto theft investigation at approximately 10:30 am.

Members of the Sacramento County Sheriff’s Auto Theft Task Force had just taken two women into custody following a pursuit of a stolen vehicle they had observed leaving the hotel. Task force investigators returned to the hotel room to search it based on the offender’s searchable probation status. As two members of the task force knocked on the room’s door and announced themselves a male subject inside opened fire with a rifle, wounding two California Highway Patrol investigators.

The man continued to exchange shots with members of the task force before jumping from the balcony. As he moved from the back to the front of the hotel he continued exchanging shots with officers. Deputy French had responded to the scene and engaged the subject with gunfire as the man attempted to enter another stolen car. One of the man’s rounds went through Deputy French’s patrol car and a fragment struck him in area not protected by his vest.

Despite being mortally wounded, Deputy French continued to engage the subject to allow other officer seek cover. The man was able to flee in the stolen car, leading officers on a pursuit before crashing. He exchanged shots with officers again before being and taken into custody. The man later died from his wounds sustained during the multiple shootouts.