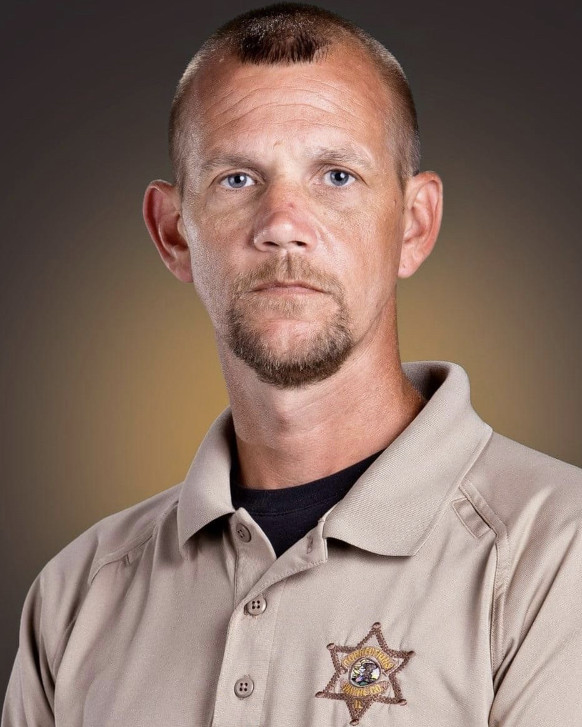 Deputy Sheriff Sean Riley was shot and killed after responding to assist a motorist near mile marker 115 on I-64 at about 5:00 am.

Another officer responding to back him up found him suffering from fatal gunshot wounds and his patrol car was missing. The subject later abandoned the patrol car on I-64 before fleeing to St. Peters, Missouri, where he carjacked and shot a citizen. The man then abandoned the vehicle before stealing another vehicle and returning to Illinois. He was taken into custody in the early afternoon.

Deputy Riley is survived by his wife and three children.