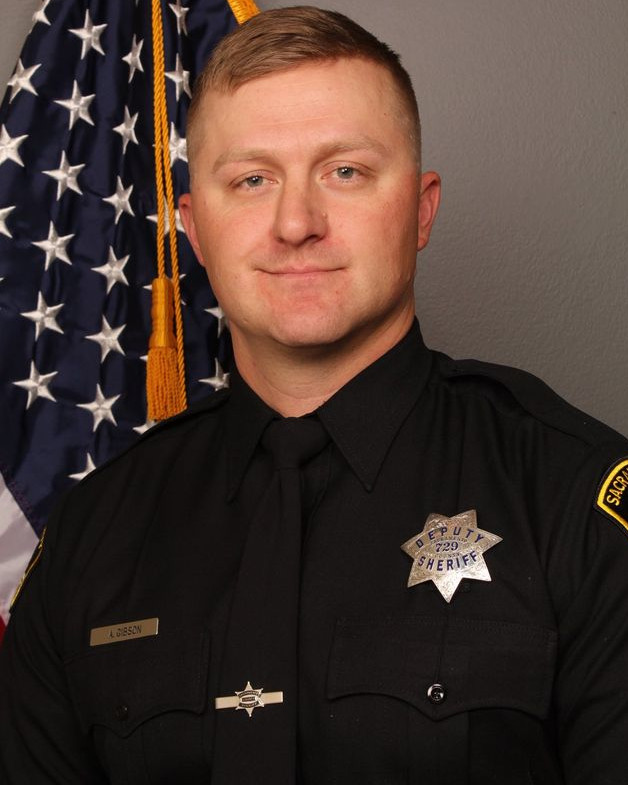 Deputy Sheriff Adam Gibson and K9 Riley were shot and killed in the parking lot of the Cal Expo and State Fair facility following a vehicle pursuit of a parolee.

Deputies noticed the subject and vehicle, which matched the description of one used in a recent burglary series, in a parking lot near Arden Way and Avondale Avenue. The deputies contacted the occupant and learned that he was on active parole. As they prepared to search the vehicle the man fled, leading deputies on a pursuit.

The vehicle became disabled when it entered the state fair parking lot at 1600 Exposition Boulevard and the man remained inside. Deputies used a bean bag round to break out the vehicle’s back window so they could see inside. K9 Riley was then deployed through the window by his handler in an attempt to apprehend the subject. When K9 Riley was inside of the vehicle the man opened fire, fatally wounding both K9 Riley and Deputy Gibson. A second deputy was also shot and wounded.

Other deputies on scene returned fire and killed the subject.

Deputy Gibson was a U.S. Marine Corps veteran and had served with the Sacramento County Sheriff’s Department for six years. He is survived by his wife and 9-month-old child.