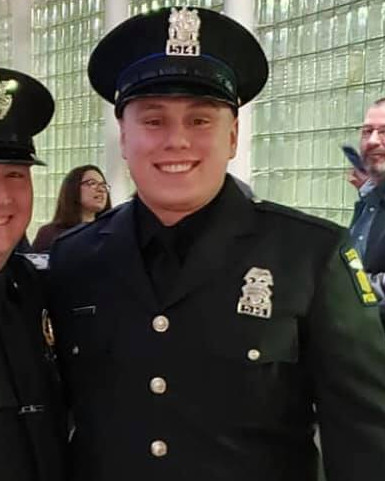 Police Officer Brandon Stalker was shot and killed at about 6:30 pm during a barricade involving an arson suspect.

At approximately 2:20 am the front doors of the historic Rosary Cathedral had been set on fire and racial statements were spray painted onto the walls. At approximately 3:30 pm officers spotted the suspect near his house in the 2300 block of Fulton Street and attempted to talk to him. The man drew a handgun and ran into a home where he barricaded himself inside.

The department’s SWAT team responded to the scene and, after negotiations failed, fired a chemical irritant into the home in an attempt to force him outside. The man emerged from the home holding two handguns and opened fire. Officer Stalker, who was on a perimeter position, was struck in the head and fatally wounded.

Other officers returned fire and killed the subject.

Officer Stalker had served with the Toledo Police Department for 2-1/2 years. He is survived by his two children and fiancée.