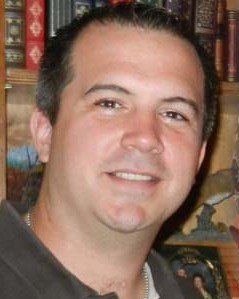 STEVEN ERIC DISARIO
Chief of Police Steven DiSario was shot and killed while responding to reports of an armed subject outside of a nursing home on Main Street.

The subject was also found deceased inside the nursing home.

Chief DiSario had only served with the Kirkersville Police Department for three weeks. He is survived by his expectant wife and five children.