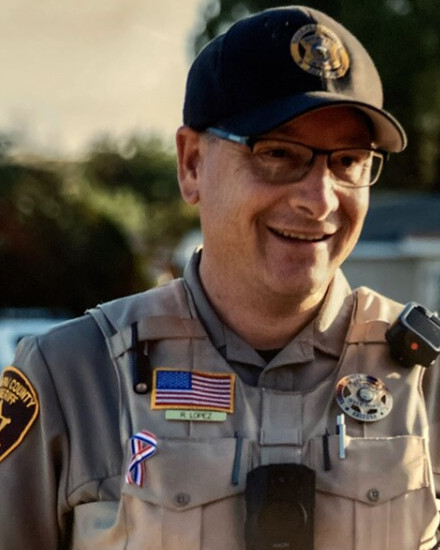 Sergeant Richard Lopez was shot and killed while attempting to arrest a suspect near Stagecoach Trail and Red Rock Lane in Cordes Lake at about 12:45 pm.

He had responded to the area to investigate a theft and located the suspect nearby. The man shot him before fleeing into a nearby residence and barricading himself inside.

Sergeant Lopez was transported to HonorHealth Deer Valley Medical Center where succumbed to his wounds.

The subject was taken into custody after remaining barricaded in the home for several hours.

Sergeant Lopez had served with the Yavapai County Sheriff’s Office for 14 years. He is survived by his wife and two daughters.