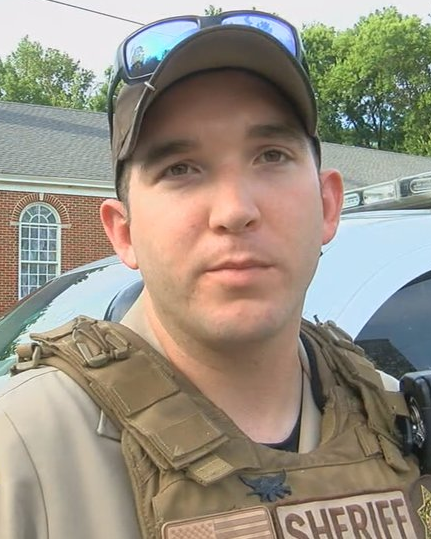 Deputy Sheriff Brad Johnson succumbed to a gunshot wound sustained the previous day at about 5:00 pm when he and another deputy were shot by an auto-theft suspect near the intersection of Alabama 25 & Bulldog Bend Road.

Deputies pursued the stolen vehicle until it stopped, and the man opened fire, striking Deputy Johnson and the second deputy. The man then fled on foot and remained at large until being taken into custody approximately 16 hours later.

Deputy Johnson remained on life support until his organs could be donated.

Deputy Johnson had served with the Bibb County Sheriff’s Office for seven years. He is survived by his fiancée, two children, and his parents.