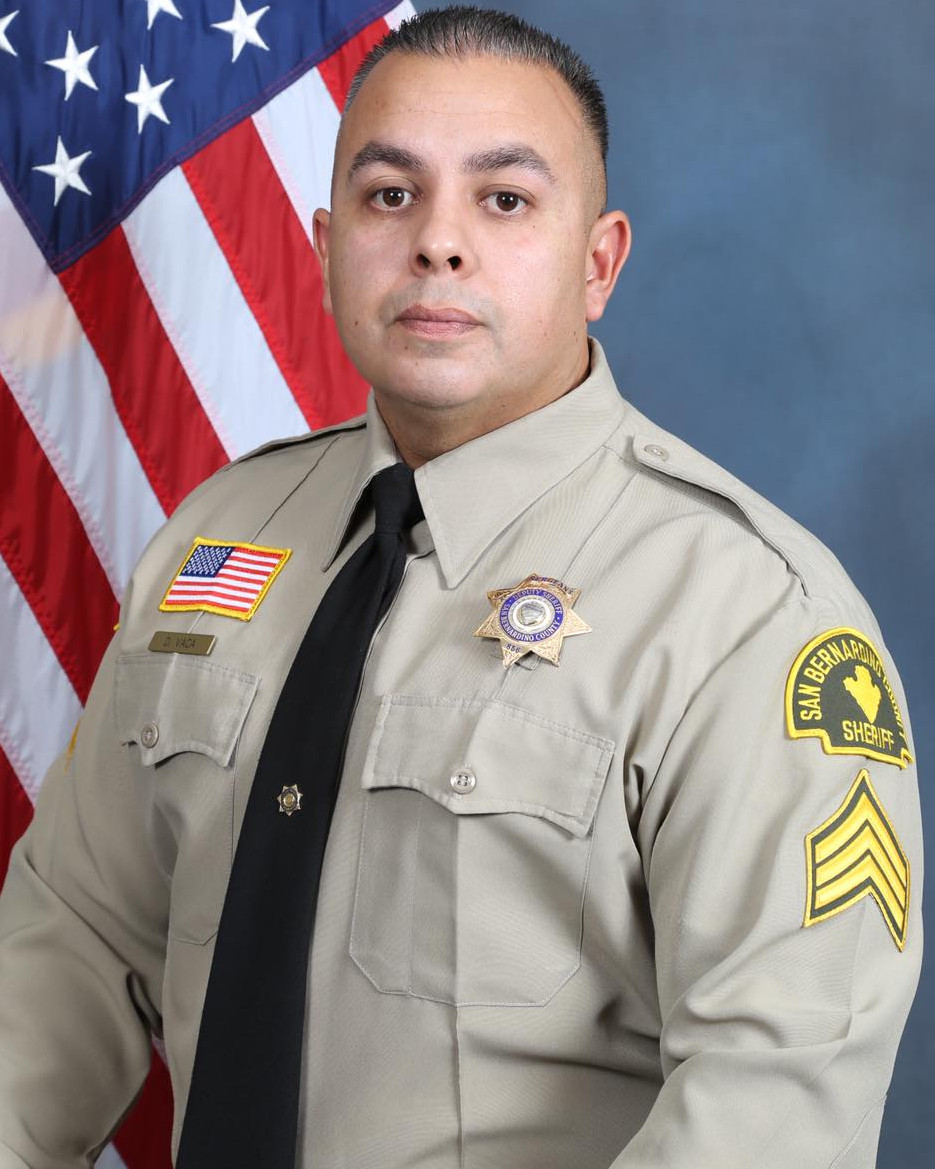 DOMINIC VACA
Sergeant Dominic Vaca was shot and killed following a vehicle pursuit of a motorcycle in Yucca Valley at about 2:00 pm.

Deputies were conducting enforcement operations for off-highway vehicle violations when they attempted to stop the motorcycle near Paxton Road and Imperial Drive for having no license plate. The driver abandoned the motorcycle near Dumosa Avenue and Sunnyslope Drive and set up an ambush for responding deputies. As the deputies approached the motorcycle the subject opened fire on them, fatally wounding Sergeant Vaca.

Other deputies returned fire and killed the subject.

Sergeant Vaca was flown to a trauma center where he died a short time later.

Sergeant Vaca had served with the San Bernardino County Sheriff’s Department for 17 years.