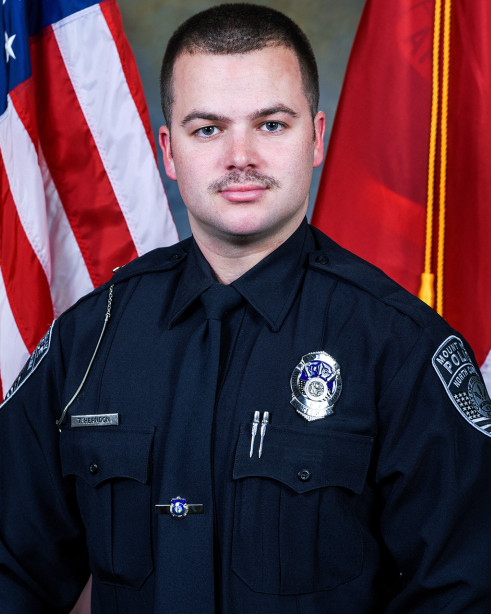 Police Officer Tyler Herndon was shot and killed while he and other officers responded to a burglary in progress at a car wash at 313 Beatty Drive at about 3:30 am.

The subject was shot and wounded by other officers on the scene. He was charged with first-degree murder.