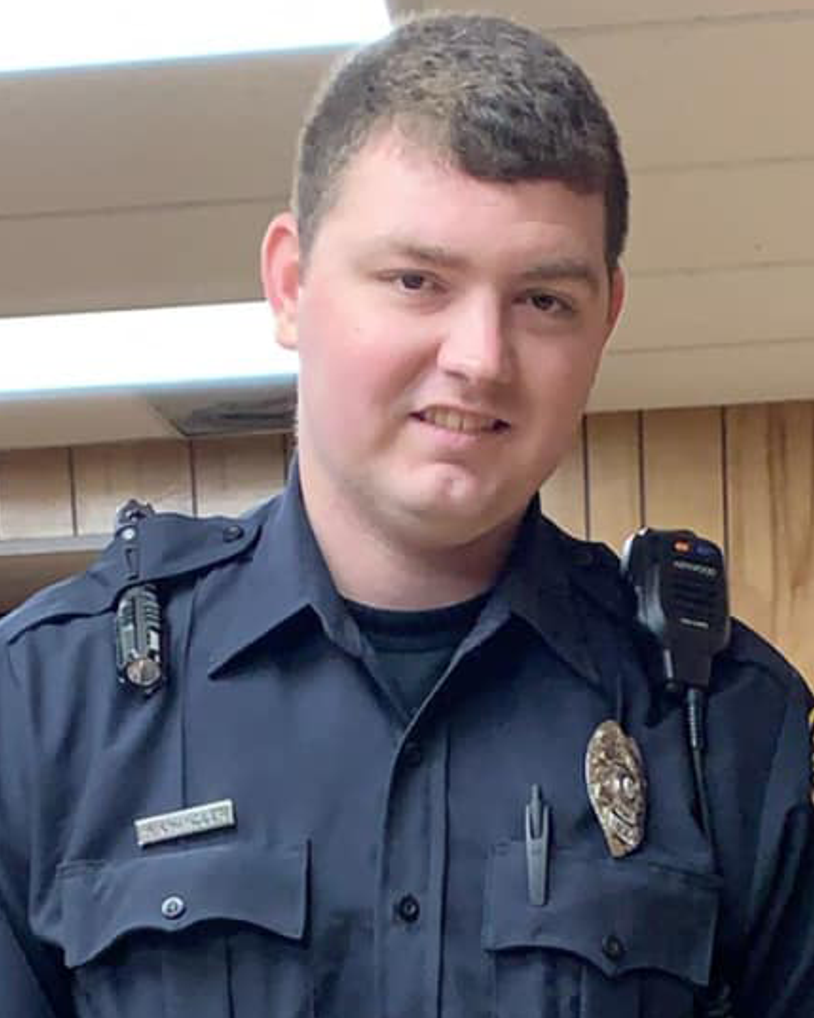 Police Officer Michael Chandler was shot and killed while performing a welfare check at a vacant home in the 2500 block of Orr Street.

Officer Chandler was flagged down by a citizen at about 4:00 am who asked him to check on a person who was inside of the home. When he arrived on the scene, he encountered a subject and was shot. A deputy with the Wise County Sheriff’s Office located Officer Chandler in a ditch along the home’s driveway. He was transported to Norton Community Hospital and then flown to Johnson City Medical Center in Tennessee where he succumbed to his wounds at about 7:00 pm.

The subject who shot him was arrested in Kingsport, Tennessee, at about 8:00 pm after being located at a motel by members of state, local, and federal law enforcement officers. It was determined the man was wanted for probation violations in Wise County, Virginia, as well as in South Carolina.