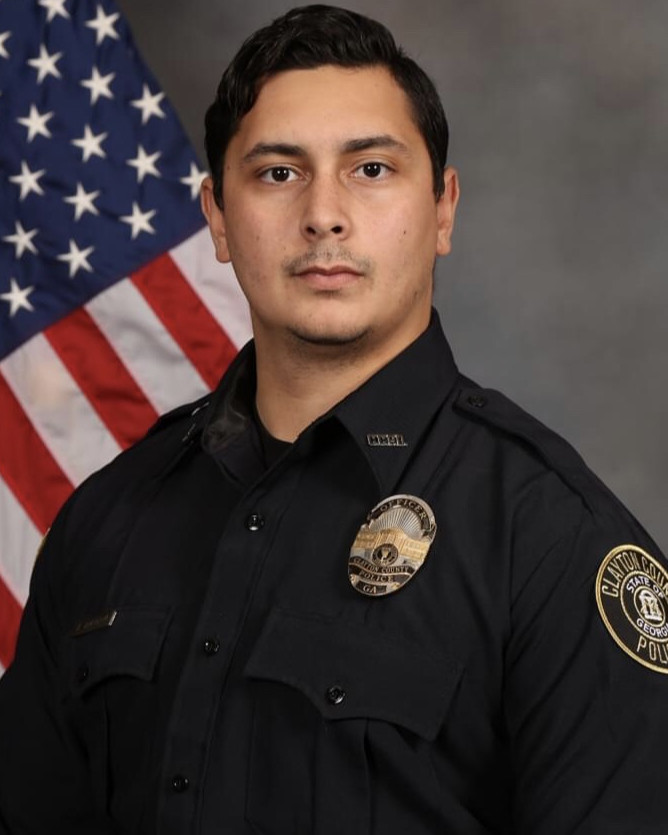 Police Officer Henry Laxson was shot and killed as he and other officers responded to a domestic violence and shooting call in the 3600 block of Jervis Court in Rex at about 8:40 pm.

The first officers to arrive on the scene encountered a 12-year-old boy who had been shot in the face. Despite his injuries, the boy was able to lead officers to his house. As the officers approached the house, a man opened fire from inside before retreating inside toward the back of the home.

Officer Laxson, along with other members of the Tactical Unit, were approaching the home from the rear when they encountered the man at the rear of the house. The man opened fire a second time, fatally wounding Officer Laxson and wounding another officer. Despite their wounds, the officers were able to return fire and kill the subject.

Both officers were transported to Grady Memorial Hospital, where Officer Laxson succumbed to his wounds.

Officer Laxson had been recognized as the Clayton County Police Department’s Officer of the Quarter in October 2020. He is survived by his mom, dad, sister, and fiance.