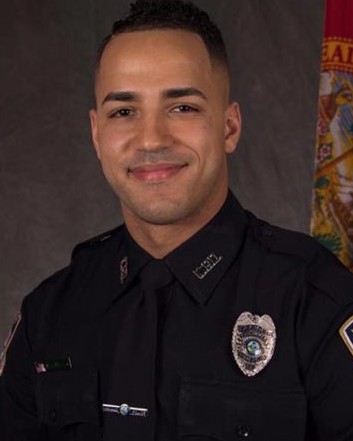 MATTHEW SCOTT BAXTER
Police Officer Matthew Baxter and Sergeant Sam Howard were shot and killed while responding to reports of three suspicious people in the area of Palmway Street and Cypress Street at approximately 9:30 pm.

Officer Baxter served with the Kissimmee Police Department for three years. He is survived by his wife and three children