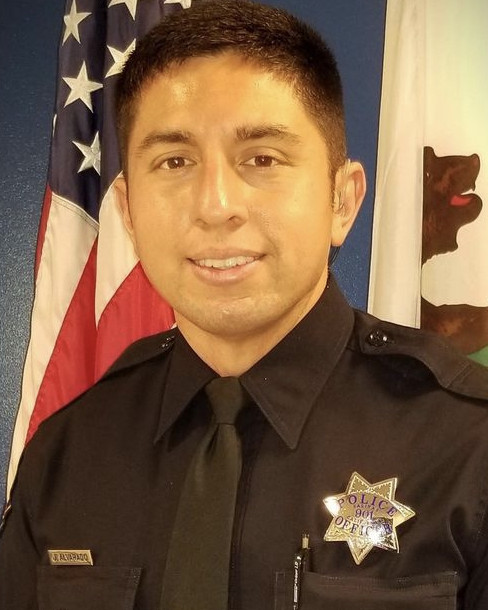 Police Officer Jorge Alvarado was shot and killed during a traffic stop near the intersection of Griffin Street and East Market Street.

The driver of the vehicle he had stopped immediately got out of his vehicle and opened fire on Officer Alvarado before he exited his cruiser. Officer Alvarado returned fire from inside his car, wounding the suspect before he was mortally wounded.

The man was taken into custody a short time later. He was subsequently charged with murder with special circumstances and shooting at an occupied vehicle.