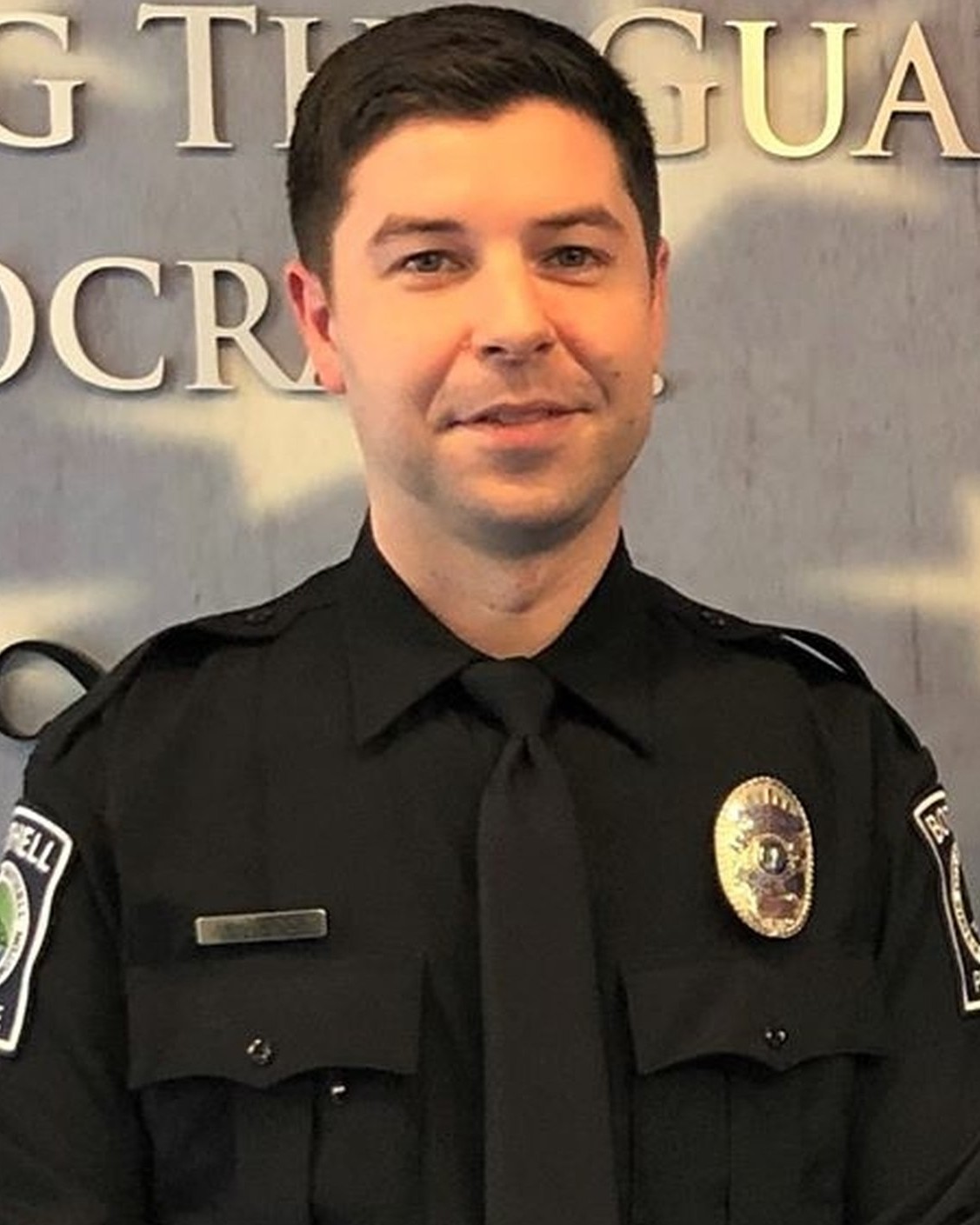 Police Officer Jonathan Shoop was shot and killed in the 10300 block of Woodinville Drive following a vehicle pursuit.

At approximately 9:40 pm Officer Shoop and his field training officer attempted to stop a vehicle for failing to display a license plate. The vehicle fled the stop, struck a man on a scooter, and then crashed on Woodinville Drive. The occupant of the vehicle emerged, made anti-police statements, and immediately opened fire on officers, who were still in the patrol car.

Officer Shoop’s field training officer returned fire, during which Officer Shoop was inadvertently struck in the head and killed.

The man was apprehended six hours later, hiding on the roof of a nearby building.

Officer Shoop was a U.S. Coast Guard veteran and had served with the Bothell Police Department for one year. He is survived by his fiancée, mother, and two brothers.