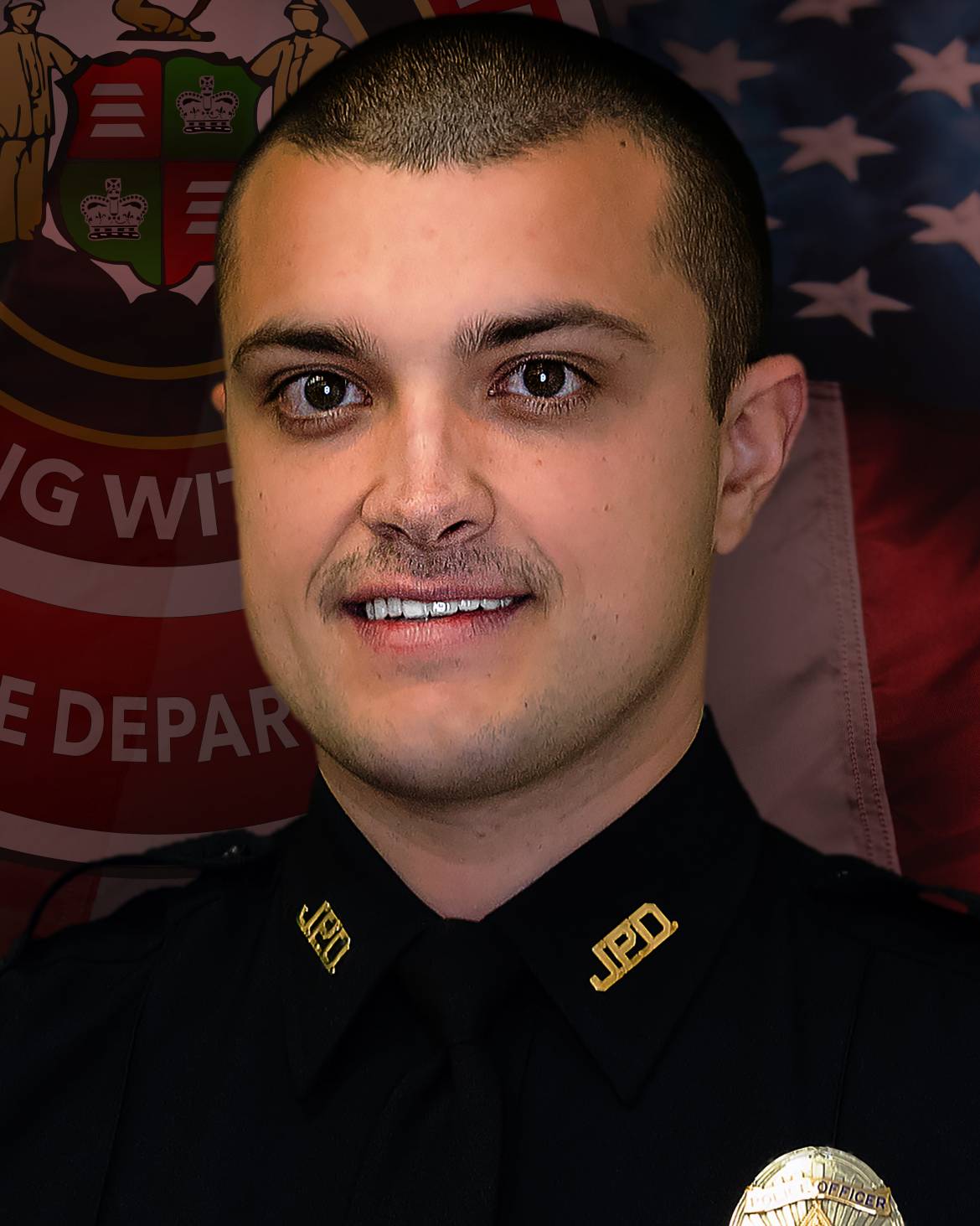 Police Officer Jake Reed and Corporal Ben Cooper were shot and killed after responding to a disturbance call at a shopping center in the 400 block of Geneva Avenue at about 1:20 pm.

While he and another officer attempted to take a subject into custody the man opened fire on them, critically wounding both. The man then stole one of the officers’ services weapons and a patrol car. He continued firing at pursuing officers until crashing near the intersection of E 9th Street and Connecticut Avenue.

The man then took cover behind a van and opened fire on a third officer who was still inside of his cruiser, severely wounding him. The man continued shooting at other responding officers until being fatally wounded by return fire.

Corporal Cooper and Officer Reed were transported to a local hospital where Corporal Cooper was pronounced dead a short time later. Officer Reed remained in grave condition for several days until it was determined that he could not recover. He remained on life support until his organs could be donated on March 11th, 2022.

Officer Reed had served with the Joplin Police Department for five years. He is survived by his wife.