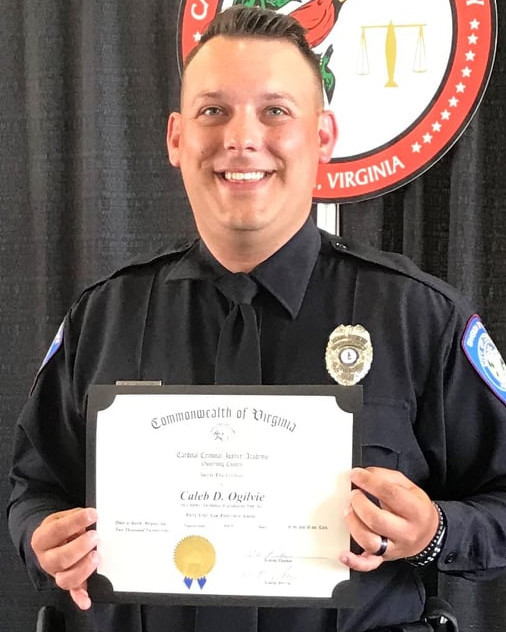 Police Officer Caleb Ogilvie was shot and killed while responding to a domestic disturbance call at a convenience store at 121 North Alleghany Avenue in Covington at about 4:47 pm.

The Covington Division of Police and Alleghany County Sheriff’s Office, upon being alerted to the suspect’s erratic behavior inside the store, immediately responded to the scene. As Officer Ogilvie and an Allegheny County deputy arrived, the subject came out of the store armed with a pistol and opened fire on the officers. Officer Ogilvie and the subject were both fatally wounded during the subsequent exchange of gunfire.

Once the scene was secure, it was discovered the suspect had shot and killed a male relative inside the store. The female relative was not injured. Both were employees of the business, married to one another, and related to the suspect.

Officer Ogilvie was a U.S. Marine Corps veteran and had served with the Covington Division of Police for less than one year. He is survived by his wife and four children.