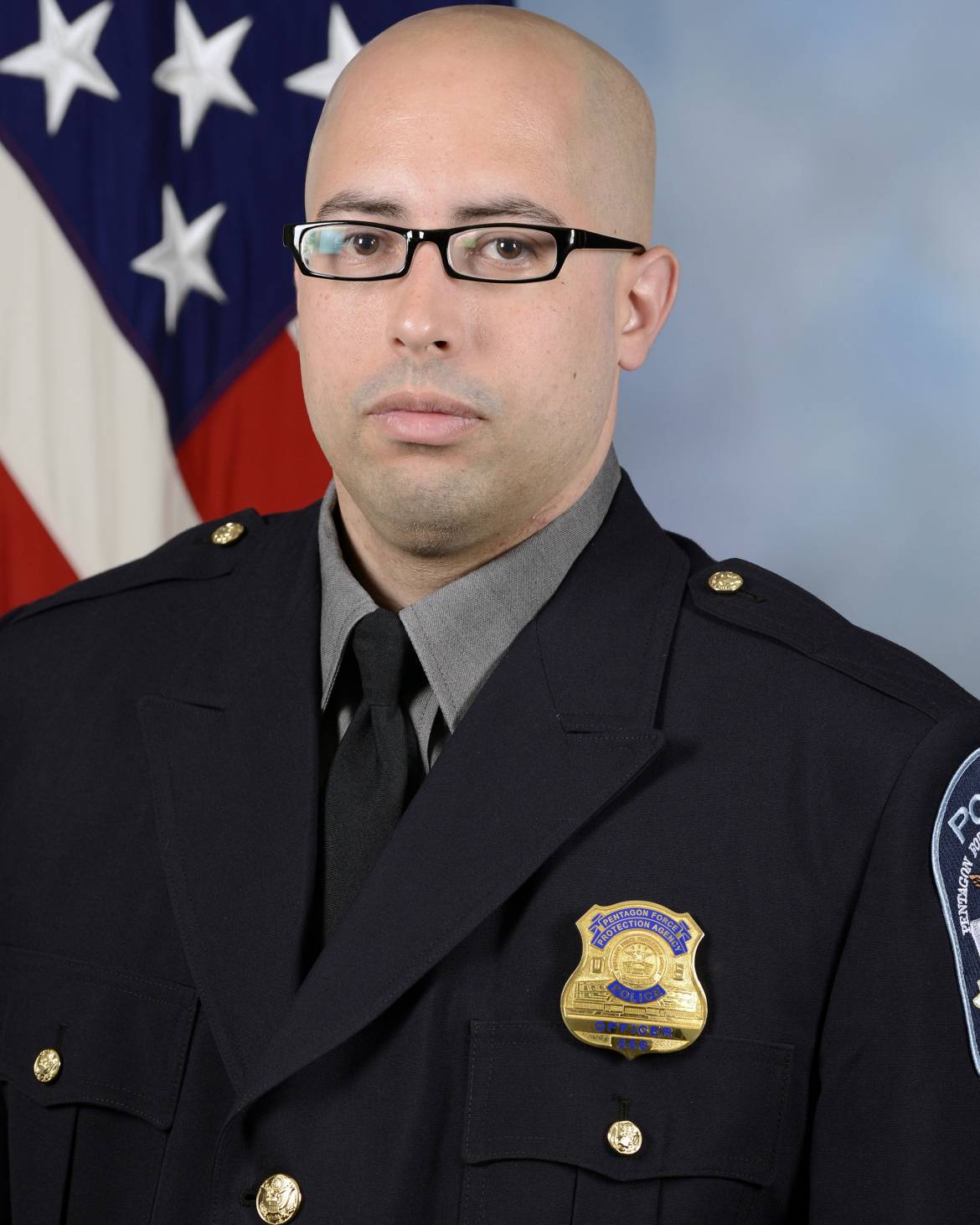 Police Officer George Gonzalez was fatally stabbed in an unprovoked attack at the Pentagon’s Transit Center in Arlington, Virginia.

He was conducting a foot patrol of the Transit Center when a subject exited a Metro bus, approached him, and stabbed him in the neck. Other officers on the scene fatally shot the subject.

Officer Gonzalez was flown to The George Washington University Hospital where he was pronounced dead.

Officer Gonzalez was a U.S. Army veteran and had served with the Pentagon Force Protection Agency for three years. He had previously served with the Federal Bureau of Prisons for two years. He is survived by his mother and brother, who is also a Police Officer.