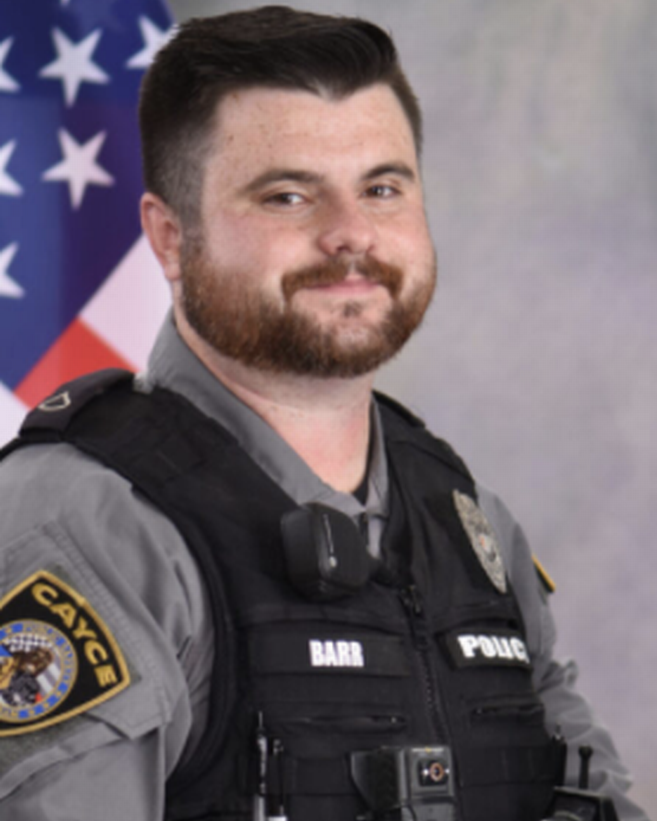 Police Officer Drew Barr was shot and killed as he and other officers responded to a domestic disturbance call at a home on Rossmore Drive at about 2:45 am.

The officers encountered a man in the front yard who opened fire on them, fatally wounding Officer Barr. The man then barricaded himself inside of the home until committing suicide seven hours later.

Officer Barr had served with the Cayce Police Department for six years and was assigned to the Canine Division. He also served as a captain with the Monetta Volunteer Fire Department.

Officer Barr had previously been shot and wounded in the line of duty after being ambushed following a vehicle pursuit of a stolen car on May 27th, 2017.