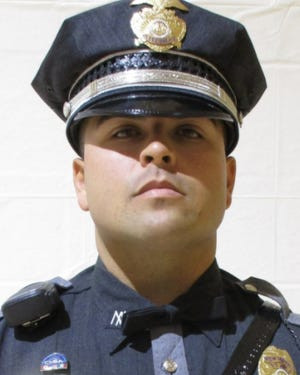 Patrolman Darian Jarrott was shot and killed while conducting a traffic stop of a known offender on I-10 near milepost 101 in Luna County.

The driver of the vehicle was the subject of an ongoing narcotics investigation and was en route to Las Cruces to participate in a drug deal. Patrolman Jarrott was assisting members of the United States Homeland Security Investigations when he stopped the vehicle. The man opened fire on Patrolman Jarrott, fatally wounding him, before fleeing in the pickup truck.

Patrolman Jarrott had served with the New Mexico State Police for 5-1/2 years. He is survived by his expectant wife and three children.