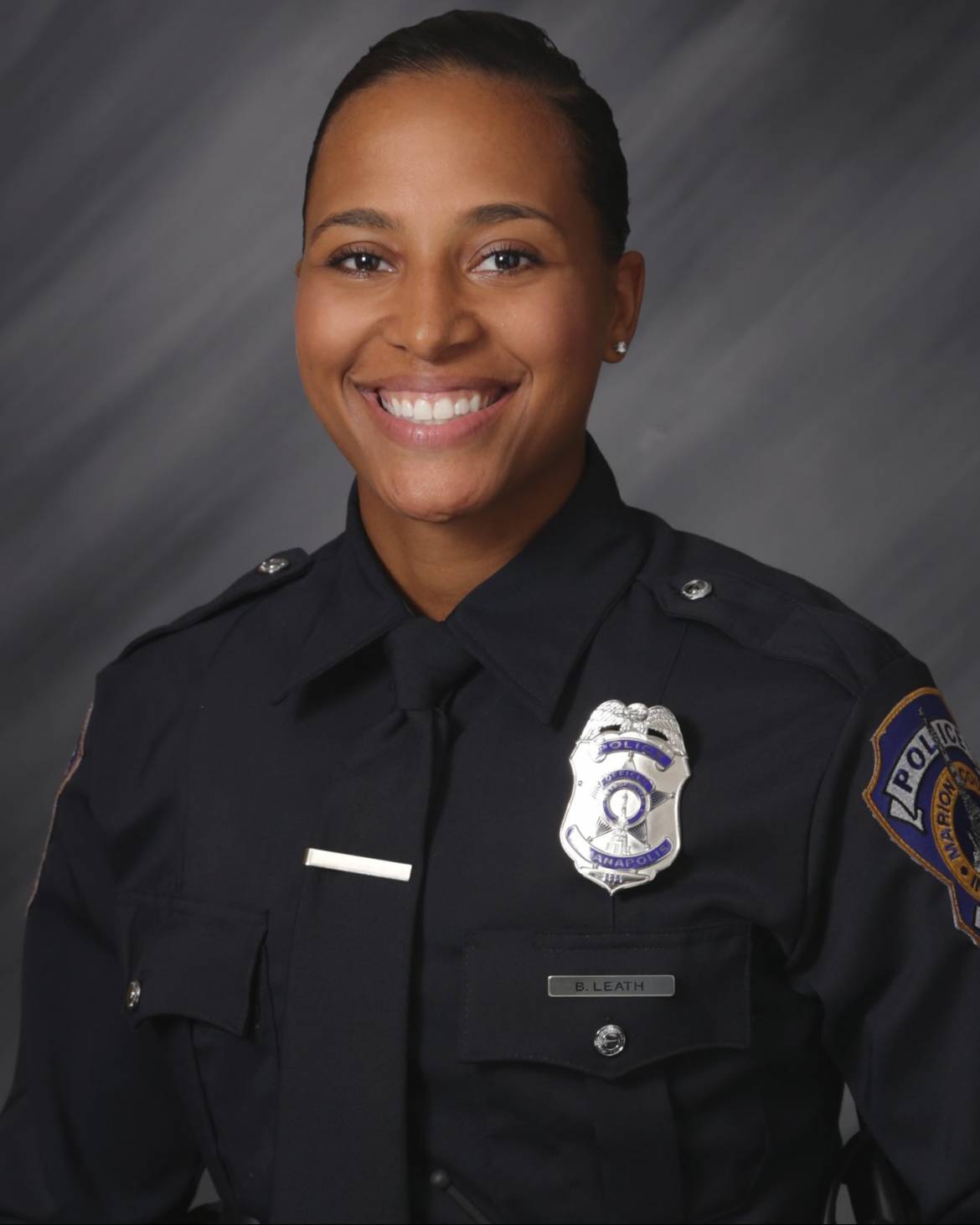 Officer Breann Leath was shot and killed while responding to a domestic disturbance call at 1803 Edinburge Square shortly before 3:00 pm.

A subject inside opened fire through the apartment’s closed front, striking Officer Leath and a female resident of the apartment who was standing in the outside hallway. Both were taken to a local hospital where Officer Leath succumbed to her wounds.

The subject was taken into custody and subsequently charged with murder and attempted murder.

Officer Leath was a veteran of the National Guard and had served with the Indianapolis Metropolitan Police Department for three years. She is survived by her 3-year-old son, her parents, who both serve with the Marion County Sheriff’s Office, and two sisters who have worked in corrections.