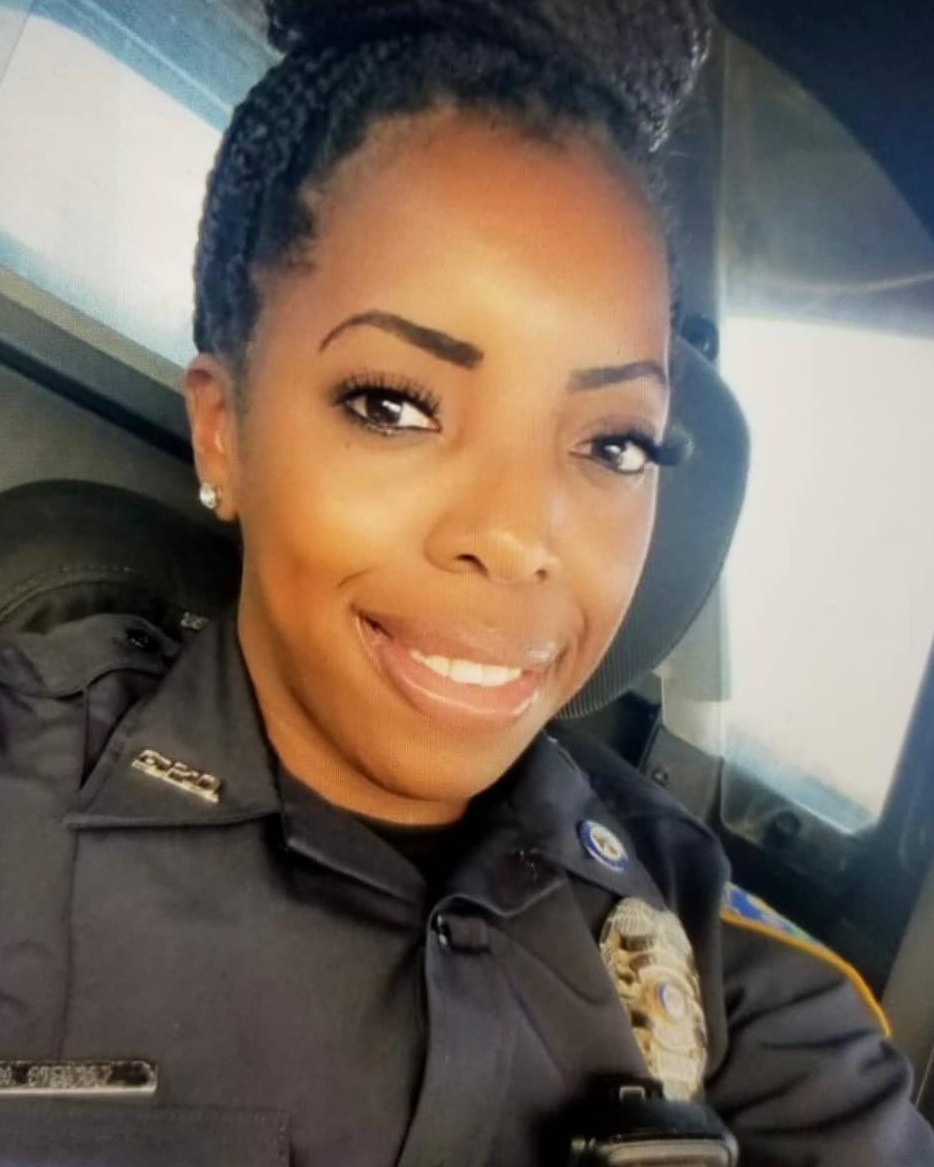 MYIESHA BREANNA STEWART
Investigator Myiesha Stewart was shot and killed near the intersection of Reed Road and Rebecca Street during a vehicle pursuit at about 7:30 pm.

Greenville officers and deputies with the Washington County Sheriff’s Office were pursuing a subject who had fled after shooting his girlfriend.

The subject was taken into custody following the pursuit.

Investigator Stewart is survived by her three-year-old son and parents.