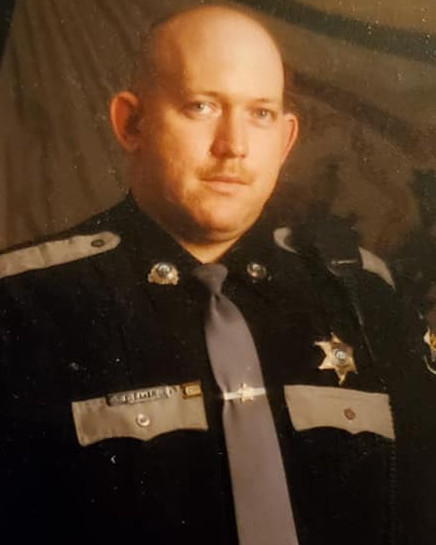 Deputy Sheriff Tom Baker was shot and killed after he and another deputy responded to a domestic disturbance in the Birch River area of the county.

He and his partner were talking to two men who had come out of a trailer. Both men ran back into the trailer as the deputies pursued them and attempted to apprehend them by deploying a Taser. Once inside the trailer, the men opened fire on the deputies.

Deputy Baker was struck in the back and his partner was wounded in the leg as they sought cover outside of the trailer. Despite their wounds, they were able to return fire and one of the men was killed. The second man was apprehended following a barricade and was charged with first-degree murder.