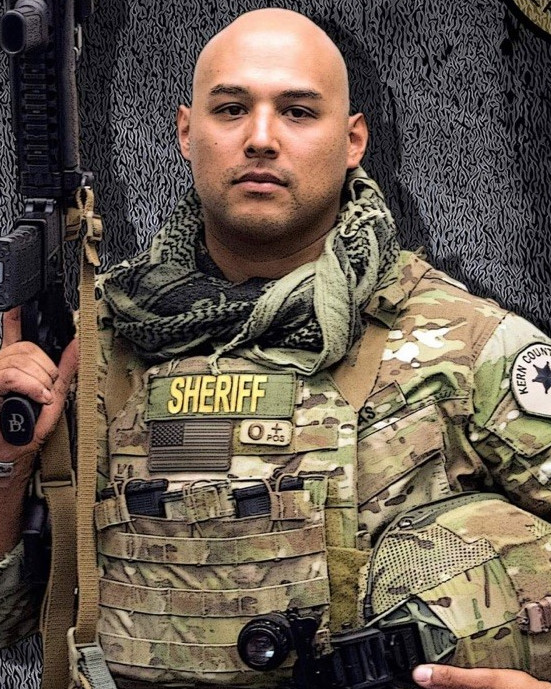 Deputy Sheriff Phillip Campas was shot and killed during a barricade at a home near the intersection of 1st Street and Poplar Avenue in Wasco.

Deputies had initially responded to the home for reports of a shooting at about 1:00 pm. A subject inside fired at the deputies and then barricaded himself in the home, prompting the agency’s SWAT team to be deployed. At about 3:00 pm the subject opened fire on members of the SWAT team as they approached the home. Deputy Campas and another deputy were struck by the gunfire. They were both transported to a local hospital where Deputy Campas succumbed to his wounds.

The subject was shot and wounded when he exchanged more shots with the SWAT team at about 6:30 pm.

Deputy Sheriff Campas was a U.S Marine Corps veteran and had served with the Kern County Sheriff’s Officer for five years. He is survived by his wife, and three children.