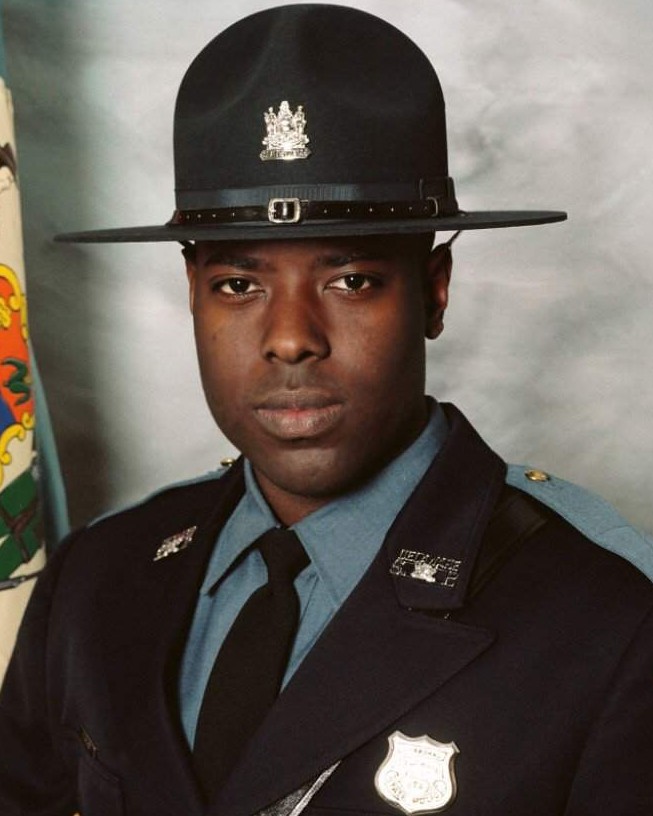 STEPHEN JAMELLE BALLARD
Corporal Stephen Ballard was shot and killed while investigating a suspicious vehicle at a gas station on Pulaski Highway, near Salem Church Road, in Bear, Delaware.

Responding officers apprehended one of the subjects at the scene. The second subject fled to his home where he barricaded himself inside. After a long standoff, the subject exited his home and opened fire on officers, who returned fire killing him.

Corporal Ballard had served with the Delaware State Police for 8-1/2 years and was assigned to Troop 2, Glasgow. He is survived by his wife, daughter, and parents.