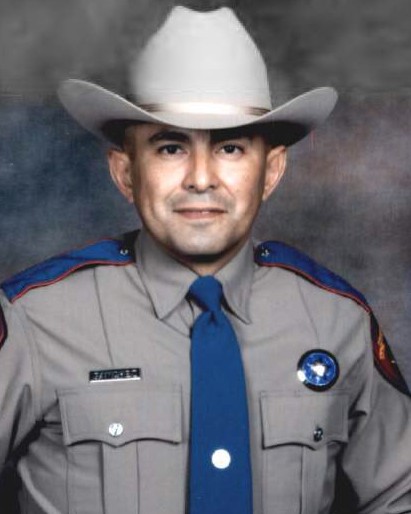 He had responded to a hit-and-run vehicle crash at the intersection of N 10th Street and W Freddy Gonzalez Drive. He located the suspect approximately one block away, in the 1500 block of South Maltese Street, and attempted to take him into custody. The subject shot him in the shoulder and head during the arrest.

Trooper Sanchez was transported to a local hospital with serious injuries. He succumbed to complications of his wounds on August 24th, 2019, following surgery.

The man was arrested following a manhunt. He was charged with capital murder after Trooper Sanchez passed away.

Trooper Sanchez is survived by his wife and three children.