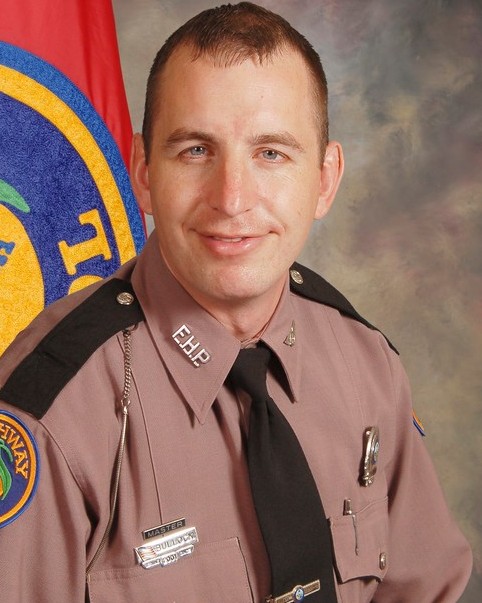 Trooper Joseph Bullock was shot and killed while at approximately 10:15 while assisting a disabled vehicle on I-95 just north of the interstate rest area in Martin County.

He stopped to assist the motorist whose vehicle had become stuck on a swale. He had positioned his patrol car behind the vehicle and completed paperwork for approximately one hour while the motorist waited for a tow truck to remove the vehicle. During this time Trooper Bullock had several normal interactions with the motorist.

Once the tow truck driver arrived the man became upset with the cost of having the vehicle towed. He calmly walked back to Trooper Bullock’s vehicle and, without warning, drew a handgun and fatally shot him in the head.

The detective fatally shot the subject after the man confronted him and pointed the gun at him.

Trooper Bullock was a U.S. Air Force veteran and had served with the Florida Highway Patrol for 19 years. He is survived by his parents and two sisters.