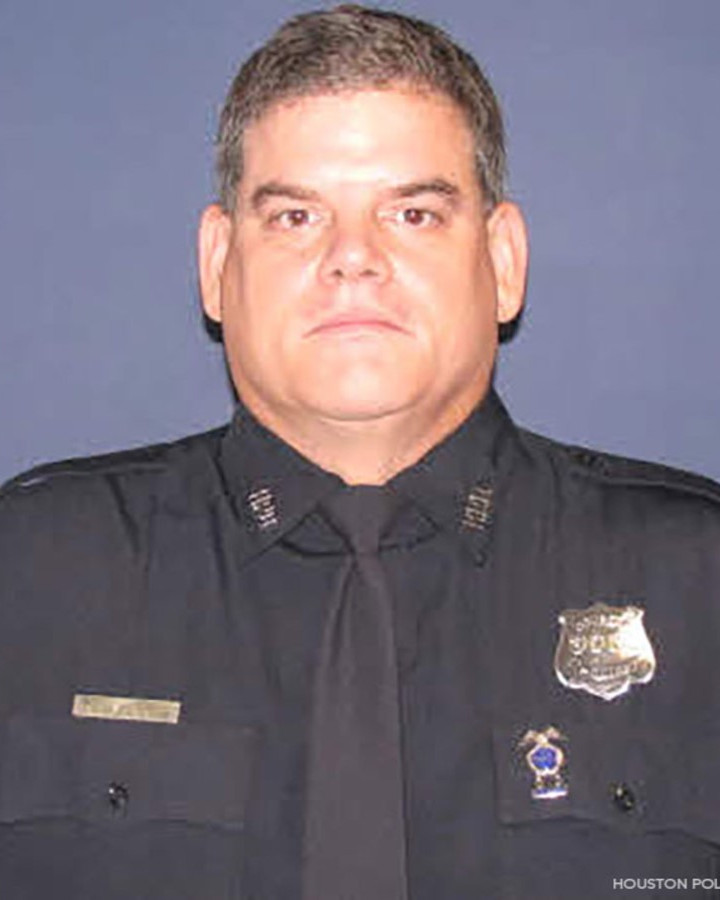 Senior Police Officer Bill Jeffrey was shot and killed in the 5300 block of Aeropark Drive at about 7:30 am while serving a warrant in Harris County.

He and other officers had gone to the apartment to serve an arrest warrant as part of a high-level narcotics case. They made contact with a female subject who answered the door. As they spoke to her the wanted man emerged and opened fire without warning, striking Officer Jeffrey and another officer. Officers were able to return fire and killed the subject.

The suspect used a Glock handgun that has been illegally converted to full automatic.