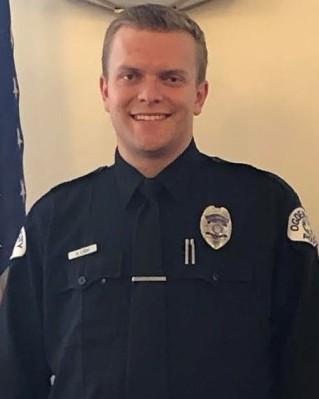 Police Officer Nate Lyday was shot and killed while responding to a domestic disturbance call at a home in the 300 block of Jackson Avenue.

A woman had called 911 and reported that a male subject was threatening to kill her. When Officer Lyday and other officers arrived at the home was located on the front porch. He was uncooperative with officers before running inside the home. As officers approached the front door, he opened fire, shooting through the door and fatally wounding Officer Lyday. A Utah Adult Probation and Parole agent was also struck and suffered non-life-threatening wounds.

Members of the Ogden-Metro SWAT team located the subject deceased inside the home a short time later.

Officer Lyday had served with the Ogden Police Department for only 15 months. He is survived by his wife.