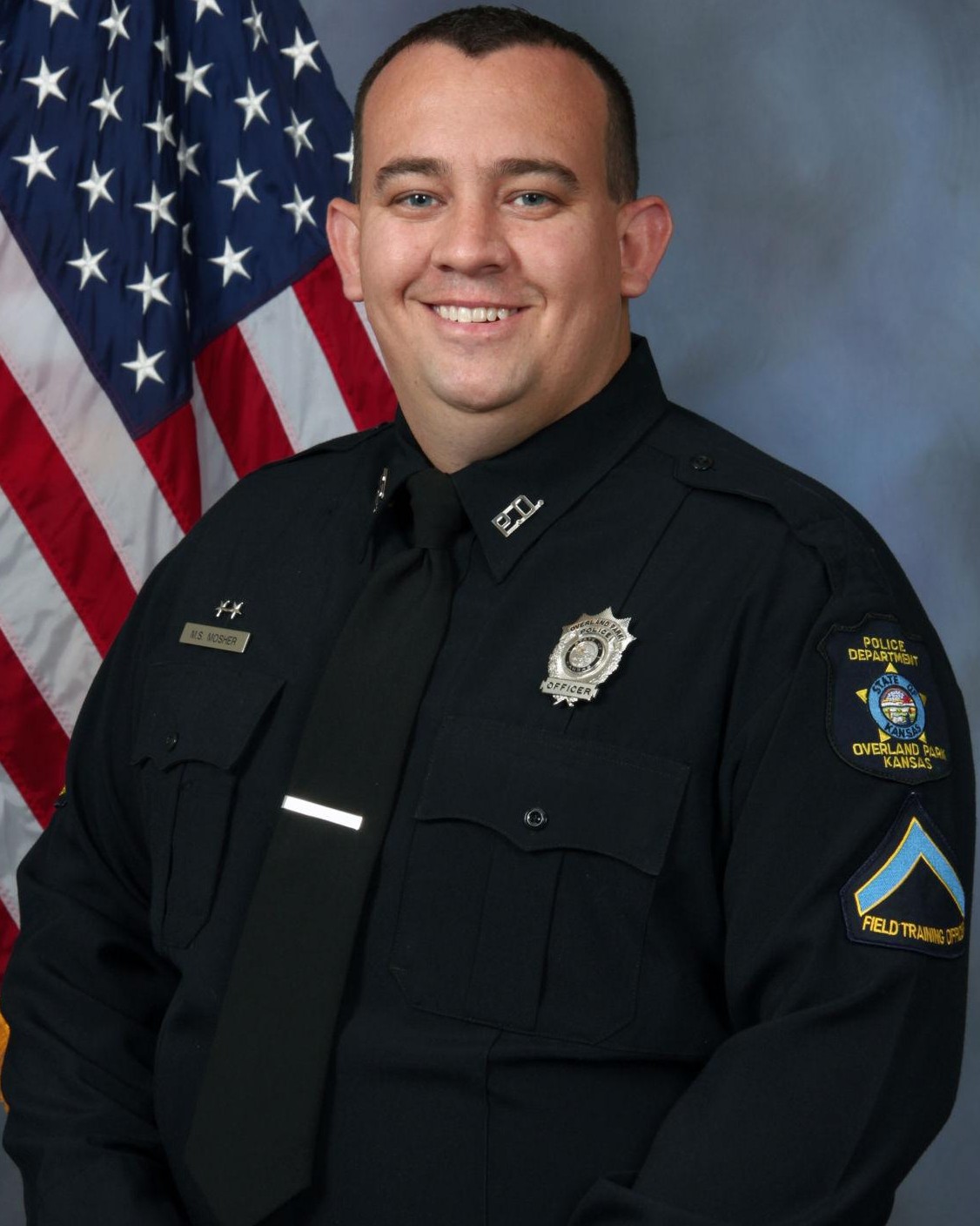 Police Officer Mike Mosher was shot and killed while attempting to arrest a hit-and-run suspect.

Officer Mosher was off duty, but in his uniform while en route to work, when he witnessed the hit-and-run at West 143rd Street and Antioch Road. He called dispatchers as he followed the vehicle until it stopped near the intersection of West 123rd Street and Mackey Street.

The driver, whose family filed domestic violence charges against him two days prior, confronted Officer Mosher with a firearm, leading to a shootout. Officer Mosher and the subject were both killed in the shooting.

Officer Mosher had served with the Overland Park Police Department for 14-1/2 years. He is survived by his wife and child.