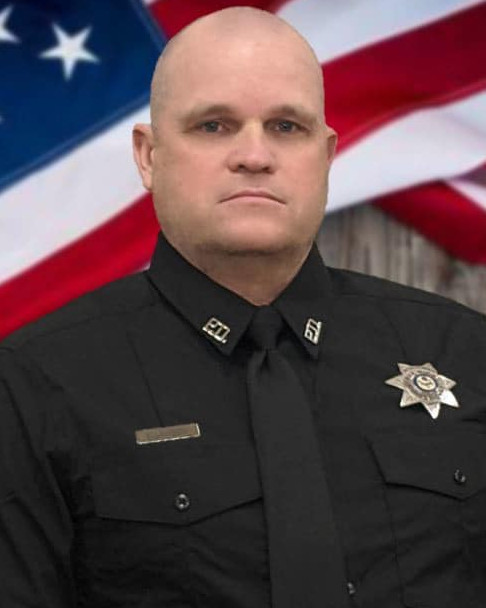 KEVIN APPLE
Police Officer Kevin Apple was struck and killed by a vehicle in the parking lot of a gas station at the intersection of Slack Street and N Curtis Avenue.

The vehicle had fled from officers in Rogers, Arkansas, earlier after they attempted to stop it for a property-related crime. Officer Apple and another officer spotted the vehicle parked in the gas station parking lot and attempted to contact the driver. The driver accelerated and struck a police car before fatally striking Officer Apple.

Officers pursued the vehicle into Bella Vista where she and another occupant were arrested.