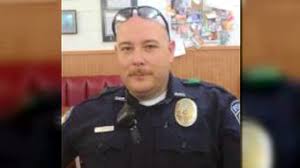 Officer Thompson was a U.S. Marine Corps veteran and had served with the Dallas Area Rapid Transit Police Department for nine years. He is survived by his wife, six children, one granddaughter, and three grandchildren. His wife also serves as an officer with the DART Police.