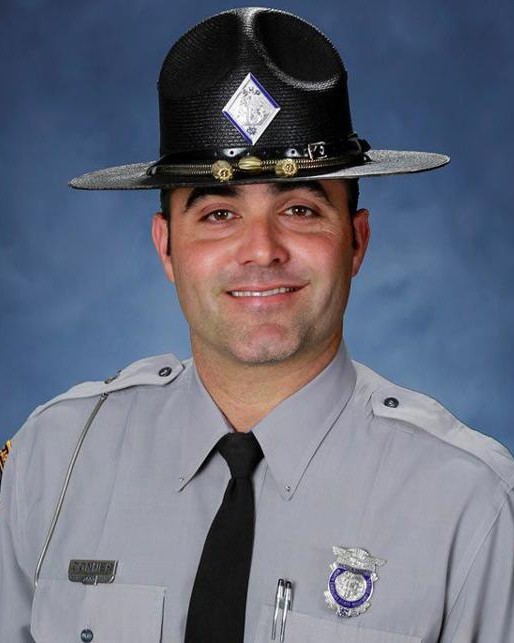 Trooper Kevin Conner was shot and killed while conducting a traffic stop of a speeding vehicle on U.S. 701, near Sellers Town Road, in Columbus County at 12:15 am.

The subject opened fire on Trooper Conner as he was approaching the stopped vehicle, fatally wounding him. The man fled but was located near Fair Bluff. He lead officers on a pursuit until his vehicle became disabled on railroad tracks in the town. He then fled on foot but was located and taken into custody at 4:00 am.

A good samaritan happened upon Trooper Conner less than five minutes after he was shot and called 911. He was rushed to a nearby hospital where he was pronounced dead.

The 20-year-old suspect, who was driving a stolen truck, served three months in prison and is now on probation for firing a gun into an occupied car in Chadbourn in 2015. He is being held in the Columbus County Jail with no bond and has been charged with first-degree murder. On October 23rd, 2018, a second 18-year-old suspect was arrested in Loris, South Carolina in connection with Trooper Conner’s murder. He is awaiting extradition to North Carolina where he will be charged with first-degree murder. Evidence shows he was in the truck with the killer. He served two months in a North Carolina prison earlier in the year for possession of a firearm by a felon and identity theft.