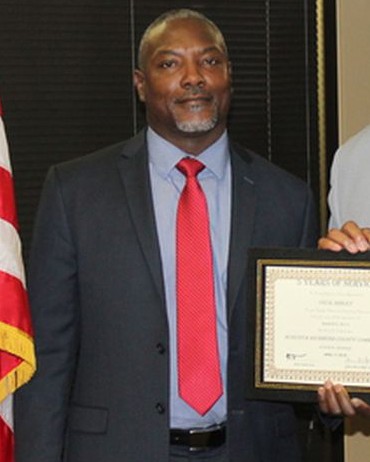 Investigator Cecil Ridley was shot and killed while conducting a subject stop at a convenience store at the intersection of Martin Luther King Jr. Blvd. near 12th Street in Augusta.

He was conducting proactive patrols with other members of the narcotics unit in response to recent gun violence in the area. They observed a group of individuals loitering in front of the convenience store and attempted to contact them.

Other deputies returned fire as he fled into the parking lot, wounding him, before taking him into custody. The subject who shot Investigator Ridley was on parole for possession of cocaine with intent to distribute.